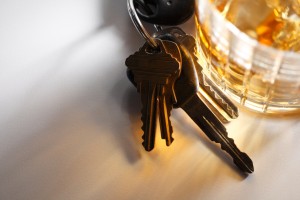 Ohio Gov. John Kasich signed legislation last month that banned the sale of powdered alcohol, making it the 15th state in the nation to do so despite federal approval earlier this year.

The bill to ban powdered caffeine was drafted after an 18-year-old Ohio man died in May 2014. He ingested a large amount of the substance, which some consider to be highly dangerous. According to the article, a teaspoon of the substance is equal to the amount of caffeine in 25 cups of coffee.

The new law will make it a misdemeanor offense to sell products consisting solely or primarily of caffeine that is manufactured into a crystalline, liquid or powdered form. The second offense would be considered a third-degree misdemeanor.

Lawmakers argued minors easily could obtain and consume the powered substances, specifically the powered alcohol. This could lead to more reports of underage drinking and juvenile drunk driving offenses.

Additionally, lawmakers in favor of the ban argued the powered substance could make it difficult to determine what amount is safe to consume. For instance, if a person consumes a beer with a clear alcohol content label, he or she could determine a safe amount.

The powdered substance, however, could make it difficult to determine the actual alcohol level in a beverage. This presents a serious danger to those consuming the drinks, especially if he or she gets behind the wheel. The penalties could be much worse for an underage DUI.

In Ohio, the legal limit regarding a DUI for a driver younger than 21 years old is a blood or breath alcohol concentration of 0.02. This is a quarter of the legal limit for drivers who are of legal drinking age in The Buckeye State.

When an underage driver is pulled over with a BAC more than 0.02, he or she will be charged with Operating a Vehicle After Under Age Consumption. An OVUAC charge could be considered a fourth-degree misdemeanor and could be punishable by a class 6 driver’s license suspension.

Other penalties associated with an underage DUI charge in Ohio could include:

For a second OVUAC conviction, the fine could be increased to $500, the jail sentence to 60 days and the license suspension to five years. If an underage driver has a BAC more than 0.08, he or she could face even stronger penalties.

If you or a loved one faces charges for DUI under the age of 21 in Columbus, Ohio, or the surrounding areas, contact Joslyn Law Firm. Our attorneys understand the complexities of DUI cases, and they can work with you to ensure your rights are represented. Call (614) 444-1900 o schedule a free consultation today. Begin protecting your future immediately.

This entry was posted in DUI, Local News, Proposed Legislation, Underage DUI. Bookmark the permalink. Follow any comments here with the RSS feed for this post. Both comments and trackbacks are currently closed.
Contact Us