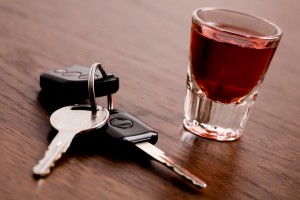 Perhaps the best news in the Ohio State Highway Patrol (OSHP) statistical recap of statewide reported activity over Thanksgiving weekend was that that number of traffic fatalities decreased by more than half from 2014.

Following annual increased from 12 deaths in 2012 to 17 in 2013 and 23 in 2014, the nine people killed in traffic accidents in the Buckeye State during the holiday weekend was the lowest total of the four-year period.

Many arrests and citations, however, increased from the previous year’s figures. More motorists were ticketed or arrested in 2015 for operating vehicle under the influence of alcohol or drugs (OVI), aggressive driving, drug charges, and driving with a suspended license than 2014.

The increased police presence is likely to continue for the remainder of the year. The Fremont News-Messenger reported on December 3 that the Sandusky County Sheriff’s Office will have deputies working overtime during the Christmas and New Year Holiday season to enforce traffic laws, with an emphasis on OVI and speed enforcement.

The Associated Press reported that state troopers in Ohio recently joined in a six-state crackdown on impaired driving with state police from Indiana, Kentucky, Michigan, Pennsylvania, and West Virginia during the weekend of December 4 through December 6.

The OSHP said the effort to create high visibility enforcement on the highway was aimed at making the roadways safer and “part of a multi-state partnership to coordinate law enforcement and security services in the areas of highway safety, criminal patrol and intelligence sharing.”

It is increasingly clear that there will be a robust police presence on roads throughout Ohio for the remainder of 2015. People everywhere should make every effort to avoid getting behind the wheel if they plan on consuming alcohol.

If you do not have a designated driver, look into possible public transportation options in your area or consider calling a taxi or rideshare service. Rest assured that whatever the cost is of paying for a ride home (and any fees should your vehicle be towed after a night out), that amount will always cost you less than the several thousands of dollars that are part of any arrest for OVI or driving under the influence (DUI).

If you are arrested for OVI anywhere in Ohio, then you should immediately contact an experienced DUI defense attorney in Columbus, for help minimizing the possible penalties you could face. Remember that an arrest is never an automatic conviction, and there may be multiple factors that could lead to criminal charges being reduced or dismissed.

This entry was posted in DUI, Holiday Arrests and tagged OVI, thanksgiving. Bookmark the permalink. Follow any comments here with the RSS feed for this post. Both comments and trackbacks are currently closed.
Contact Us