Refusing to Take an OVI Breath, Blood or Urine Test in Ohio 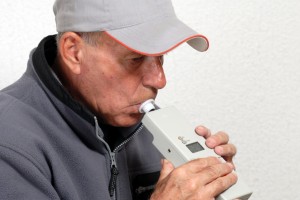 Refusing to take a breath, blood or urine test when suspected of Operating a Vehicle Impaired in Ohio, also called an OVI, can result in serious consequences.  If you are facing OVI-related charges, it is critical that you contact a qualified Ohio OVI Defense Lawyer immediately to learn more about your legal rights and options.  We also recommend that you keep reading to better understand what an OVI is and how it can potentially affect you should you face such a charge.

When the state of Ohio grants you a driver’s license, the law presumes that you have automatically consented to taking a chemical test at the request of any police officer who legitimately suspects you of OVI.  Refusal to take the test is a separate offense if done within 20 years of an OVI conviction.

Three main types of chemical tests are typically used to determine the level of intoxication of a driver – breathalyzer tests, blood tests and urine tests. A breathalyzer is used when the officer suspects you of alcohol intoxication, while a blood or urine test is more likely to be used if the officer suspects that you are intoxicated with another substance. If you are injured and unconscious due to an accident, a blood test can be administered to determine your level of intoxication.

Implied Consent Warnings and Use of Force

If you refuse to take a chemical test, the officer is required to explain the concept of implied consent to you.  If you still refuse, the officer my arrest you, and he or she is entitled to use reasonable force to compel you to submit to chemical testing.

If you refuse to submit to a chemical test, your license will be suspended for one year for the first offense (compared to a 90-day license suspension for a first-offense OVI conviction). The license suspension period increases for every subsequent offense during any six-year period, and it is always longer than the equivalent OVI-based suspension. You will also be sentenced to incarceration for three days to six months, and fined between $375 and. $1,075. You will be required to complete a three-day driver’s intervention program, and an ignition interlock device will be installed on your car. Remember that you can be convicted of refusal to take a chemical test within 20 years of a prior conviction even if the officer forces you to submit to the test and obtains the OVI-related evidence against you anyway.

Relationship with an OVI Charge

Please note that an OVI conviction will result in additional penalties, including an additional suspension of your driver’s license. Moreover, you may not be able to beat an OVI conviction simply by refusing a chemical test. The prosecutor can seek a conviction based on field sobriety tests and the booking room video, for example. The officer can even use your refusal against you in OVI court, by suggesting that you refused to be tested because you knew you were intoxicated.

This entry was posted in Uncategorized. Bookmark the permalink. Follow any comments here with the RSS feed for this post. Both comments and trackbacks are currently closed.
Contact Us