Alcohol Limit for Beer Produced in Ohio Could be Increased 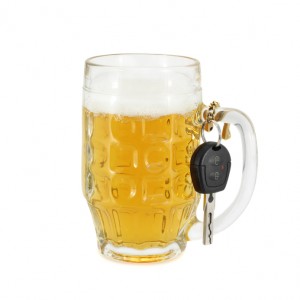 The alcohol limit of beer made and sold in Ohio could increase from 12 to 21 percent if a proposed bill makes its way through the Legislature this session.

State Rep. Dan Ramos has been the driving force behind the change. He originally introduced the idea into legislation in 2011. After it failed, he proposed it again in 2013 before creating what now is known as House Bill 68, according to Cleveland.com.

Beers with higher alcohol volumes are manufactured and sold in several of Ohio’s bordering states. In fact, Kentucky, Michigan and Pennsylvania do not have a limit on the alcohol content of beer, although some have restrictions on ciders.

When drinking these high-volume beers, it is important to remember they may affect your body differently than a beer with only 5 percent alcohol. In other words, you could become intoxicated faster and it could take fewer of these beers to put you over the legal limit.

In Ohio, drivers could be charged with an OVI if they are under the influence of alcohol and have a blood alcohol concentration of 0.08 to 0.17 while operating or driving a motor vehicle, according to Ohio Revised Code §4511.19.

These drunk driving charges always should be taken seriously. A first DUI charge in Ohio likely would be a misdemeanor of the first degree. This could carry up to 180 days in jail, fines up to $1,075 or both. Additionally, a conviction could have a serious impact on subsequent charges.

However, if a person is found to be significantly over the legal limit, the punishments could be much more severe. If a driver has an alcohol level of .17 or above, or .238 (two hundred thirty-eight thousandths) or above in the urine, he or she may be arrested for a high test DUI.

According to Ohio Revised Code §4511.19, a high test DUI could charge could mean up to six months in jail. This also could include a fine between $375 and $1,075. Even after the jail time and fines, drivers could face penalties associated with their driver’s license.

The court could order a driver’s license suspended for a period ranging from six months to three years. An ignition interlock device also could be required. This device would be installed in the driver’s car and it would prevent the vehicle from starting without a clean breath sample.

No matter the offense, a DUI charge always should be handled immediately. The consequences of a conviction could outlast the court-issued punishments. Having an experienced DUI defense lawyer could make the difference in your case. Call Brian Joslyn of Joslyn Law Firm at 614-444-1900 to learn more about fighting DUI charges.