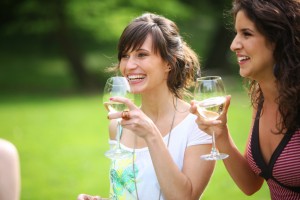 Memorial Day weekend is the official beginning of summer for most, and this means an increase in families traveling on the roadway for picnics, vacations and parties. AAA predicts more than 1.45 million Ohioans will travel at least 50 miles this upcoming weekend.

However, this fun holiday can be one of the most dangerous times to travel, according to the National Highway Traffic Safety Administration, which reported 377 crash-related fatalities during the Memorial Day holiday period in 2012. These crashes could be caused by a variety of factors, including driving under the influence, which tends to increase during this holiday weekend.

A person can be charged with driving under the influence of drugs or alcohol in Ohio if he or she is found to be intoxicated by either substance or a combination of substances. This could be demonstrated by the person having a blood alcohol concentration of 0.08 or greater or if he or she fails a different chemical test.

Law enforcement agencies throughout the state will be cracking down on those who drink and drive during this weekend. Checkpoints and road blocks likely will be set up throughout Franklin County and the surrounding areas to deter drunk driving and catch those who violate the law.

The penalties for a DUI, or OVI, offense could be harsh and could include jail time, expensive fines and other restrictions. If a person is accused of causing damage to property or injuring another person as a result of a DUI-related crash, he or she could face severe sanctions.

Some of the worst DUI-related accidents are those in which a person is killed because someone decided to get behind the wheel drunk or under the influence of drugs. This could be considered an aggravated vehicular homicide charge. These cases are not handled lightly, and the prosecution is adamant about getting a conviction.

Generally, OVI aggravated vehicular homicide charges are considered second-degree felonies. This could mean between two and eight years in prison, court-adjudicated prison time, $15,000 in fines and a Class 1 driver’s license revocation for the rest of the person’s life.

If a person is convicted of an OVI aggravated vehicular homicide and he or she had a suspended or revoked driver’s license at the time of the offense, it could be considered a first-degree felony. Penalties for the offense could include between three and 10 years in prison, court-adjudicated mandatory prison time, $20,000 in fines and a Class 1 driver’s license revocation for the rest of the person’s life.

Having prior traffic-related homicide, manslaughter or assault offenses also could make an OVI aggravated vehicular manslaughter charge a first-degree felony. The penalties could be the same as if he or she did not have a valid driver’s license at the time of the offense.

This first-degree felony could mean between 10 and 15 years in prison, a $20,000 fine and a Class 1 driver’s license revocation for the rest of the person’s life. If you have been accused of this offense, having an experienced DUI defense attorney on your side could be critical.

No matter the situation, getting behind the wheel intoxicated during this holiday weekend is a bad idea. This scenario could lead to getting arrested for an OVI or possibly harming someone because of a crash. Your future and the lives of others should not be put at risk. Have a designated driver on hand if you do decide to imbibe, and have a safe holiday weekend.